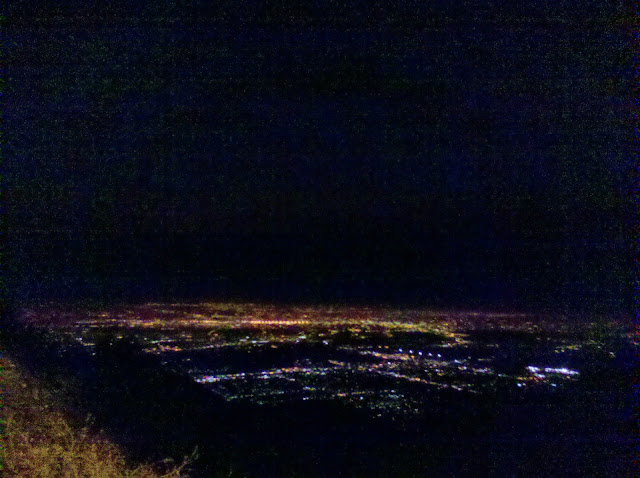 “IF WE MISS THIS, I’M GOING TO BE SO MAD AT YOU!” Katie gasped as we ran up Mt. Wilson road with 7 minutes to go in 2012. We’d planned to run 5 miles up from Redbox to Mt. Wilson at midnight to ring in the New Year’s looking over the city. It was 28 degrees and we were in down jackets, insulated pants, and gore-tex so we could enjoy the views in comfort. I’d lost my headlamp (which I ended up not needing under the full moon) and delayed our start till 11:20PM. I pushed the pace and tried to encourage Katie as she gasped for breath, but we only made it within a ¼ mile of the summit by the time the clock struck midnight and Katie collapsed on the pavement cursing at me for my stupidity at causing such a terrible omen for 2013.

From my immediate perspective, it was perfect. We weren’t in a stuffy party, or a crowded Times Square; we were on a desolate frozen road in the mountains running towards 2013 with determination, urgency, and passion. We failed to reach the summit in time for 2013, but we walked another ¼ mile and took in an enormous view of fireworks over a glistening city to the south, and moon lit mountain peaks to the north. I felt excited about 2013 for the simple fact that I was passionate about another goal, one in a list of many unflinching difficult goals. 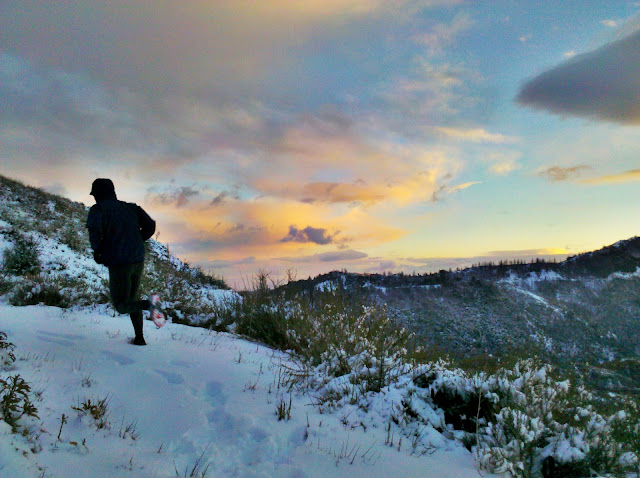 2012 wasn’t as good as I wanted to be, and I spent the latter part of December in reverie of my running. My climbing speed definitely fell below my expectations, and I just didn’t keep my momentum up after July to have any great races in the fall. Hardrock was definitely a life-altering event for me, and it’s given me perspective and confidence for 2013. I am confident that I can make the shift in 2013 to becoming a great climber, and a smarter racer. My downhill legs are definitely primed, and my body feels ready for higher mileage.

My best theories right now for improving my climbing are going after consistent tests and FKTs. I am going to use the treadmill once a week for a “Badden Powell” four miles, 3000ft (okay BP is 3.8 miles, and 2750) suffer-fest for time. Also during the week, I’m going to have a fast trail to hammer weekly for time. My first option right now is the rolling Pacific Ridge “climb” from Crystal Cove to Ridge Park 3.5 miles with 1100ft of climb and 300ft of descent (Strava.com makes the digital competition with locals fun). This workout lets me hammer my legs hard in a variety of grades from 5-20% on 1-5 minute climbs. There is lots of opportunity to figure out form, posture, and responsiveness to terrain in this consistent arena. Finally, I’m going to go after FKTs on the weekend on Baldy, Wilson, C2C, Badden Powell, etc. I have two days to run long, and I think I can gain a lot from a long hard run Saturday and an easy recovery run Sunday. All this is just reinforcing structure in my training, however, it’s also keeping a long term vision in the forefront of my mind.

On Mt. Wilson on New Years Eve, Katie really couldn’t find much value in sprinting into the New Year, but she could find some merit in my claim that 2013 is not the finish line. We have so much more to accomplish than this year can hold in itself, and if it can grant us anything, it is improved confidence, training methods, and satisfaction. I may or may not be able to pull off a JMT run, an Angeles Crest 100 course record, or a Baldy FKT but I know that everything I do in training that is in support of those goals is going to pay off in the long run. 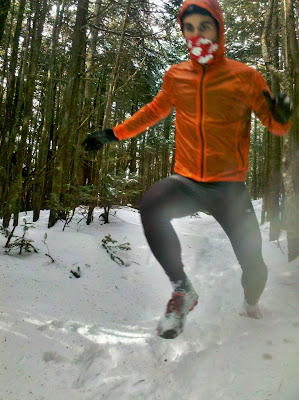 The numbers suggest more climbing (470ft/mi) but don’t mention the higher altitude that I ran at, the injuries (calf and back), under-fueling issues, and a big post Hardrock lull. So, which a little more foresight, I can safely chase some higher numbers and perform better in races I’m better suited for in 2013.

I like your plan. I'm definitely new to the longer stuff, but am realizing that keeping a handle on the more intense shorter workouts tends to keep me much sharper. Best of luck this year!