“Now there is no great difference between the various Himalayan races in regards to their load-carrying powers or their resistance to the physical effects of high altitude, and it follows that the superiority of the Sherpas was really a moral one. They showed no fear of angering the gods of the high summits, like the Bhotia and Bouthanais cousins, but went enthusiastically with their European employers wherever they led. Their courage soon became legendary, and the British called them the “tigers”. The proved honest, straightforward, and full of initiative, with an excellent sense of humour (not found among Indians or other Nepalese); and rarer still, they had a real code of honour and devotion to duty. Whatever the dangers, they followed their Sahibs to the end.”

Lionel Terray, Conquistadors of the Useless

The description above provides a bit of inspiration for 2013. My summary on 2012 contains a few lessons learned about myself, and about my running. I think my potential is still not quite tapped, and I have more opportunities to run and live fearlessly in 2013 and have a lot of fun racing and exploring the Sierras.

2012 was an interesting year. I pushed myself to my limits in the mountains and, (similarly to last year) lost a bit of focus after my summer mountain 100. I find a certain natural structure in training for a 100-mile race through the mountains. The rhythm of climbing and descending a variety of terrain, the sheer endurance and mental toughness required, the tactical nature of the race, the intimate moments with nature in canyons and the soulful summiting of peaks give me a bit of laser focus that seems lacking in my 50 miler/kilometer training. That isn’t to say that one can’t have similar experiences in a 50k/50mi race, it’s just that I don’t react the same way to those races that usually end before mid afternoon. I’ve had so many long days in the mountains running past sunset that being done before 1 PM feels like I’m needlessly quitting early. 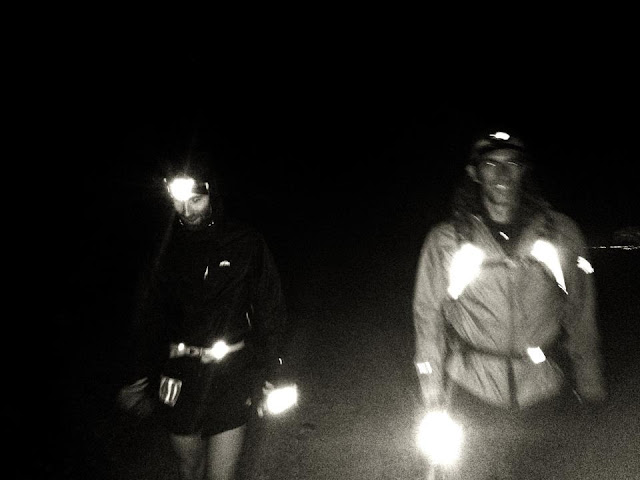 So, despite my calf injury in February, I had a mostly successful first half of the year. I did okay at Old Goats and had some GI problems at Leona Divide, but I was more focused on training for Hardrock so I didn’t mind too much. I went to Silverton two weeks before Hardrock and had a great time in some of the world’s most beautiful mountains with some great people. The race went as good as my sea level lungs could ask for, and I felt happier and prouder than I ever have in my life for doing something that put so much fear in me. Going from that to the sweltering Mt. Disappointment 50k course wasn’t easy, but I enjoyed the long climbs, and ran moderately well on post Hardrock legs. I signed up for UROC hoping to motivate myself to do more speed work in training, and ultimately I couldn’t bring myself to focus enough and had a rough time on the 40 miles of road there. Humbled, I focused on The North Face 50 Miler in Marin and trained to be efficient on the short climbs and fluid singletrack. The race changed to a fireroad mud pit due to storms and I dropped with tendonitis- a bit of a bummer.

So, my year was really great when I did what I loved and not so successful when I did what I loved a little less. Yet, I feel like I learned a lot about how much I still have to learn from the sport. I remember two years ago running next to Max King around mile 15 at American River feeling fine. The turnover and speed in my legs let me hang with an Olympic trials marathoner in a 50 mile race. However, this December in Marin, my lack of turnover and speed left me in the muddy wake of some incredibly talented marathoners and mountain runners. Effectively, the speed I brought from college has dwindled year by year.

One disadvantage I’ve had living in Orange County is that for a while I failed to reach out to other fast runners to train with. I enjoy the solitude of running alone, but I’ve failed to push myself as hard or hold myself as accountable to my speed work. I’ve also stopped running roads and developed strong trail legs, but also slow and heavy trail legs. There’s a certain ratio of fast twitch to slow twitch muscle fibers that’s ideal for marathon runners. Having too much fast twitch muscles limits endurance while too much slow twitch limits closing speed. The same goes for my 100-mile running and shorter distance running. I need to actively fight the tendency to build too much slow twitch muscles, and remember to focus on a bit of road running.

The reason I am going to do more road running is that trail running itself isn’t enough. My stride has gotten shorter and shorter as I’ve spent more time on the trails, and even when I’m bombing down Ray Miller at 5:00 pace, photographic evidence proves my stride is as tight as a hipster trying to run in skinny jeans. Being on an open road, I can run with a foreign sense of reckless abandon, opening up my stride and achieving a back swing that might mimic a hipster in straight leg jeans. 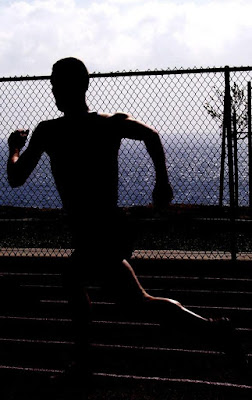 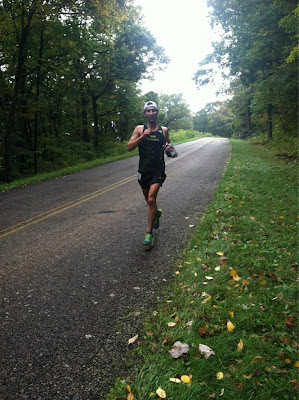 I haven’t run since North Face to help my legs reset for 2013, and I’ve naturally been watching running videos to tease myself. This video of Kilian running uphill is not just beautifully shot and visually stunning. It’s a crystal clear representation of how sharp he is. You can easily see his high strength to weight ratio, coordination, balance, and speed just through the way he runs and flies up the mountain.

-At 1:27, Kilian and Marco running uphill, and then at 1:32, they become uphill missiles

So, my goal for 2013 is to work on my obvious lack of speed, and to be flexible, introspective and passionate throughout the year. I have four and a half years of experience running ultras and that’s practically a college degree considering all the time spent running and reading. Yet, I have some real vague understandings of what it’s all about. I’m going to try to talk less, and record runs and ask more questions of myself. I know the trails I love to run, the places I want to explore, and the races I want to do. I’m going to remain true to myself and go after a handful of quality performances.

-Cowpoke by Eddy Arnold
Posted by Dominic Grossman at 10:15 PM

Nice recap and insight. Looking forward to see what the new year brings for you. Go get after those downhills!