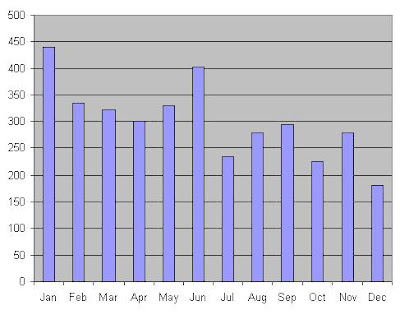 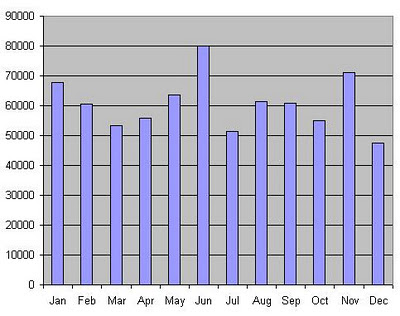 There's a lot more information I could have put in to the spreadsheet to get neurotic about my training, but as far as I was concerned, this was sufficient to prove to myself what I really needed to focus on for 2012. I ran best when I was hitting at least 300 miles per month. Anything less than that was pretty regrettable in races (as I found out in my races in the second half of the year).

After AC I listened to theories of other runners that ran shorter races, and trained lower mileage. The general theme was that success came whenever they didn't over-train. This year disproved that theory (for me at least) in the fact that I got more out of 100 mile training and the accompanying 100+/- miles per week load. When I was in my AC training mode, I let go of my expectations about speed, and just got out and enjoyed running. I second guessed myself later on too much and paid the price, but I'm glad that I have the empirical evidence for myself to focus on my main training goals for 2012.

-High Mileage
Last year I felt beat up (and injured) by April from the high volume in January. However, I felt like my AC goal was better for it because I was able to handle heavy weeks in late May and June. I want to focus on a similar strong start to 2012, but avoid injury and take time to taper, race and recover properly in Feb and April. Mileage will be a little less relative of an indicator as I'm going to hit higher climbing totals training for Hardrock on appropriate terrain. In general, I want to feel that high mileage exhaustion along with increased aerobic and cardiac capacity for high performance mountain running.

-Cardiac Ability
One benefit of Hardrock is the need to practice hiking. Hiking uphill is very ideal: low impact but high effort if you really go at it. At Baldy I can be right on my lactate threshold for a good 2 hours going up Bear Cyn and not even have to run more than 1-2 miles of the 6.4mi/5700ft climb. This plays into the goal of getting more sustained lactate threshold workouts in to achieve that superhuman cardiac capacity (usually accompanied with signs such as low resting heart rate, high lactate threshold, etc. etc.) To do so, I'll keep focused on finding good terrain to hike and run hard with minimal injury risk. 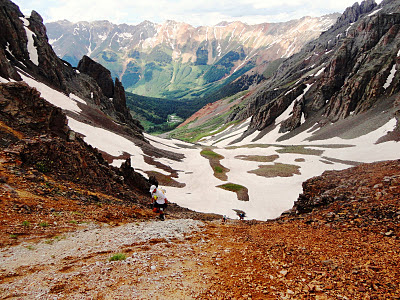 -Optimize Form
The running I've been doing in the MT110 has been eye opening. I've never enjoyed technical downhills as much as I have in this shoe, but I still have some barefoot work to do to make it more efficient. This emphasis on a balanced body will include consistent core work, barefoot work, and focused concentration on long descents in training.

Other than that, I'm looking forward to the sheet enjoyment of mountain running in 2012, and going after big goals with immense resolve and determination (stubbornness). 2011 was my first year as a real competitive ultra runner with time to train correctly, and I'm going to make the most of similar work and living conditions to go after some huge goals.


Rac Remix of Home by Edward Sharpe and the Magnetic Zeros
Posted by Dominic Grossman at 12:45 PM

I nominate you for UHOY (ultra hiker of the year). Ah haha!

I'm just jealous b/c I only logged 'bout 85% of your mileage.

Hope to head to Bear Canyon with ya soon, that's a great training trail.

I'm gonna eat that vert up with a fork and spoon; nom-nom-nom all day.

Bear Canyon completes me, if people knew how legit that trail is, it'd be packed everyday.