Well, optimism is a big part of my training, but at the end of the day, optimism doesn't fix a bum patella tendon.
The lead up (as some of you viewers at home may recal):
-Patella Tendon flares up Sat April 9 about 2 weeks after Old Goats
-Really bad flare up Sunday April 10, can't even run at all without a strap
-Rest/Recovery, shorter runs only for a few weeks, nothing over 20 miles
-April 23rd: Sycamore Creek 50k drop out at 30k due to knee problems
-Rest/Recovery, no runs over 20 miles

Miwok: May 7th, 2010
Everything was set and settled for the race; the stomach, the lodging, the gear, the gu, the crew (thanks Katie!). I had ran a few quick technical runs out at Crystal Cove which provided a lot of Miwok-like terrain (minus the big trees) and the knee seemed to hold up at race pace over some of the rocky technical sandstone for a 7 mi run.. So 7miles, 62 miles, what the heck, let's give it a shot.

-I don’t know how this video was shot, the chase cam is so smooth and I don’t think a mountain bike could even follow these lines over logs and rocks.

The pace started off.. relaxed? I don't remember the last time I was in as big of a race and felt so laid back (actually, that would be never). Perhaps it was the long treadmill climb workouts or the air was clear or the pretty flowers made me happy, but everything went well. The first 18% grade climb was short and sweet and the following downhill was relaxed. I was nervous as we went over some short technical sections that my knee might give but it was silent.. So I continued on.

Yassine was running pretty well leading by 10-30 yards after the first aid station, but I figured the Bondi Bomber (Mr. David Mackey) was probably the guy I should really watch. I actually expected him to rip up some downhills, but he was remarkably patient running well within his anerobic threshold. Coming into Tennesse I dropped a bottle, grabbed one from KD and before I left without my salt, she caught me and gave it back. I was a little nervous about whether I had enough water for the 9 mile stretch, but the morning was cool so I went with it. 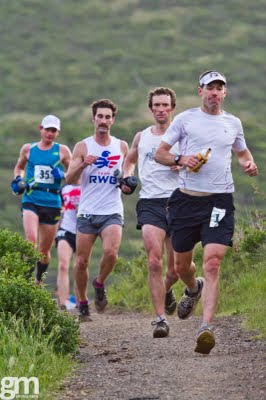 -Some famous ultra runners, and a dude with a mustache

The climb out of Tennesse was steep and I shuffled up it pretty controlled. As we got up on wolf ridge, I actually began to relax and just enjoy the sheer beauty of the day. Beyonce’s “Halo” came on in my head, and for a second I thought it was from Hal’s headphones and asked Tim Olsen to verify (he concurred). At any rate, the field was still running conservative, and I knew the next stretch to Hwy 49 was pretty nice, but the downhill off was a little curvy and might be a little tough on the knee. I asked Wolfeman if there was a race today, but he said it was tomorrow, so I figured no one would mind me going ahead a little to get a little cushion for the descent to the base of Deer Park.

I moved pretty smoothly along 49 eating a few gummy bears and taking some salt. As we moved down towards Deer Park I touched some Stinging Nettle for the first time in my life, and let me tell you, WOW! that is an accurate name for that stuff.. I was so confused that I accidentally reached down and grabbed what I thought was grass to wipe my hands off but was in fact more Stinging Nettle. That stuff stung all day, but it was actually a nice feeling.

The sting wasn’t as noticeable as my knee though which was starting to throb. I may have been the only person thankful for the climb up deer park at this point as it put less stress on the knee with a lowered cadence and impact. We moved very smoothly up with the pack of 10 or so guys moving in the Jorge Pachecho motion that almost looks like we’re sliding up the hill. As we neared the top, my knee reminded me again that it was no longer climbing and that it was upset again. I grabbed the patella tendon strap and some gu’s from KD and hope for the best on the traverse I knew was nothing but ruts, bumps, and over grown singletrack.

I felt like things were going to be alright for a second, but in less than half a mile things went from bad to worse. The strap was a shock to my knee, but taking it off hurt even more so I resolved to keep it on. I found strapping it tighter actually helped my knee feel better, but the undulating technical terrain kept moving the tendon around a lot under the strap.

By the halfway mark through the section, I could no longer see the lead pack in the distance. It was a sinking feeling to watch them sail away, but somehow as slow as I was running, no one was passing me. So I resolved to keep pushing along and hope for the best.

The best wasn’t what I expected. It was a fall along a steep little drop in which I fell completely off the trail into the grass and nearly slid off the hill except for my finger tips gripping the singletrack. This was pretty embarrassing as group runs usually feature me threading technical sections like Wayne Gretzsky on the attack. I got back up and put down another Gu hoping it would give me some focus. However it didn’t make my knee feel anymore stable, and a mile later I fell off the trail again, head first this time. 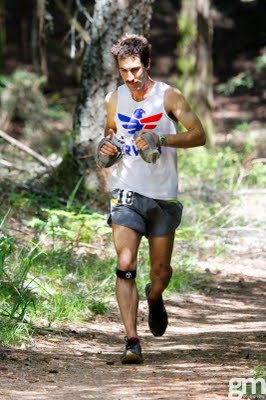 -Negotiating with the knee

Coming into the Bolinas, I knew my best chance of finishing was dependent on the ability to run downhill. I kept eating Gu and taking salt and focused on finding ways to mitigate the pain of the metaphorical knife in my knee. I wanted to believe I could out smart it but it just got worse and worse. It actually got so bad that the pain was making me hyperventilate and forcing me to walk. Flustered and upset I got down to the turn around and told Kate (Martini) that I was going to drop since I couldn’t run like a normal human being. I think she said something to the effect of you are not allowed to do that here, and made me climb back out because I like climbing. 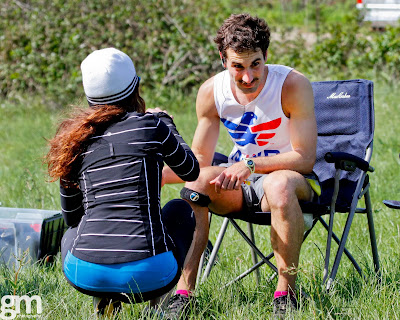 -No mercy, no knee

And I actually did, the climb out was nice and I talked with Topher for a bit about my knee. He actually didn’t blame me for dropping in order to avoid more injury, and it actually made it easier to keep going. The lowered expectation let my mind relax a little bit and I ran with him until he would dust me on the short down hills. The final extended downhill back to Bolinas ridge was all of 35 rocky yards, and I ran only 5 of those. The other 30 crippled me to a shaky walk. At 38 miles, I called it a day with a clear head knowing I did the best I could that day.
So I learned some lessons:
1) I’m getting in better shape!
2) Getting in better shape means more cross training, more lunges, more core, more clam shells
3) Eat early. If the pace is easy, it probably means everyone is having a thanksgiving dinner.
4) You can’t race with a strap on. Duh.
5) I am going to come back for North Face in December 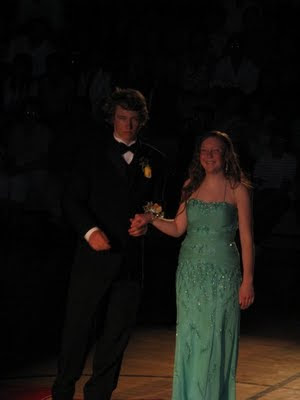 I did get to talk to the young jedi a lot after the race, and found out a lot of cool stuff about him. He’s like my childhood-hero the way he’s trained, raced, and handled school. Watch out for this kid, he’s an English fluent version of Killian Jornet, and twice as good looking to boot.

The day after my knee was very sore, and I wore the strap around town, but still managed a 2 mi run. I took Monday off and drank a liter or two of Udo’s Oil. After some treadmill climbs, it’s came back around and the training thus far as been optimistic with some sort of cross training every day.

Sat
23mi, 4200ft, 4:32 – Adventure day at Crystal Lake with KD. Nothing too quick, just altitude acclimating, amateur cell phone photography, and chatting with PCTers: Parking lot-lake-parking lot-windy gap-little jimmy-east on the pct to the Burnham saddle, and back, to the parking lot, lunch, then up on the So. Mt. Hawkins lookout road for a few extra. 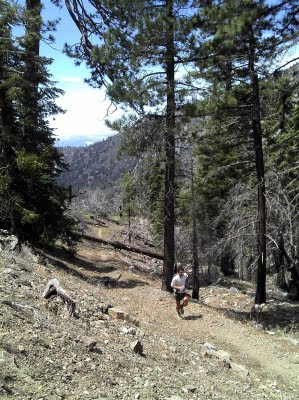 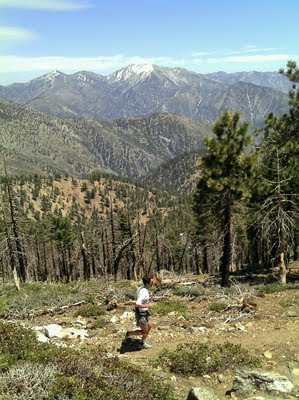 -Around Mt. Burnham, with Mt. Baldy in the background

Sun
7mi, 1800ft, :75
Climbed to Windy Gap again, this time with snow. Didn’t pack a goretex, beanie, or good gloves, so there wasn’t much more running I could do.. Then went to Tom Crawford’s grad party and heckled the good doctor.

Mon
7mi, 1300ft, :62 – Ridge park-Crystal Cove GOOD. Zoomed along in the Mt’s and the knee felt okay (not great), but a step in the right direction

I am urgently looking forward to July.

Yep. That was the "promenade" part of the race, at mile 43, where we have to waltz with a partner for three minutes. Miwok also features a maple-syrup-chugging contest at mile 16, a unicycle competition at mile 25 and a curling match on Muir Beach.

I remember running Chantry, Wilson, Newcomb, etc. with you when your knee starting bugging ya, seemed like just a little nuisance at the time. Heal up already will ya?

@Dakota, Is there anything this kid can't do?? I think I picked that pic because out of all the pics I saw on your fb, because it best supported my claims that 1) you were a young jedi (jedi close their eyes and meditate) 2) you were the real deal (wearing tuxedos validate you as the real deal) and 3) you were attractive to boot (...well, your date thought you were attractive at least). Perhaps there was a more suitable picture, but then again perhaps there wasn't a more suitable picture?

Come do hot ballet with me! I'm telling you, it's the best cross training ever. And it makes you feel beautiful.

Also, nice work on this blog - it is very well written and entertaining:) More than an engineer, more than a mustache... Dominic Grossman.

I stick to trail Ballet, because I'm hardcore like that. And I write like a unicorn which is entertaining because unicorns have well rounded minds: part dreams, part wishes, part giggles.. and NO MERCY.