The Merits of the Full Blarney 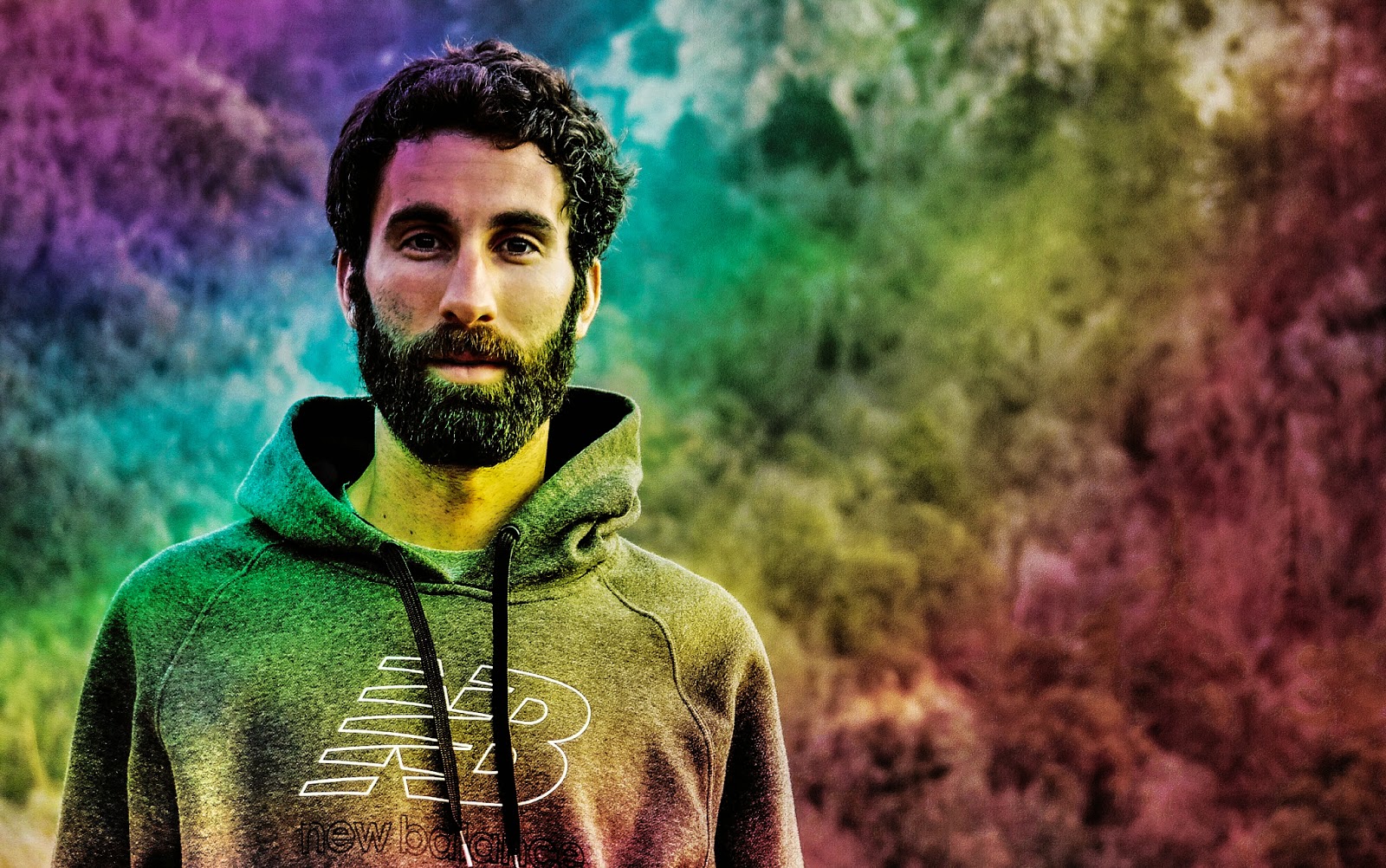 I have to admit, I have a problem:

I can't take anyone's word for it; "it" being defined as any truth about life, running, work, relationships, etc. I have to empirically prove it to myself multiple times to thoroughly know the truth inside and out.

My training is an especially true testament to this; I can never accept truths that I haven't dramatically proven to myself. I have to put stress on my body in every possible way until I understand what's really going on. So, when I read that former pupils of Jim O'Brien had done blocks of ten 100 mile weeks*, I had to try it for myself. (See Larry Gassan's article, Bruce Hoff's comments, page 3)

Before this, I had only done blocks of 3 weeks above 100 miles before succumbing to the stress and needing a step back week. In all fairness, during this block I did have relative step back weeks with either less speedwork and climbing, or the relative ease of a 100 mile week after a 120 mile week. So, to be perfectly honest, this was just about sustaining a high minimum mileage, and noting the benefits and shortcomings.

The main benefit I felt was a deeper base during the periodization cycle. A base is the concept of doing so much consistent mileage per week that you can consistently hold a level you previously could not. Ultrarunning at its core is about handling more stress (yes there's strategy, experience, and other factors, but being able to go deeper into the pain cave is a BIG part).

Through December and January I felt like I was just getting back into shape. I didn't feel like I was in great shape at Sean O'Brien, but I at least know that I wasn't peaking early for Western States. From Feb 10-April 20, I've felt distinct signs of the consistency affecting my body as a whole.

First off, I feel like I've become more accustomed to pushing back 100 miles a week, and if I delay the usual runs for one reason or another, my legs feel hyperactive. Early on in the cycle, I had to put in a little extra effort to get my weekly miles in, but later on, it felt like I had the energy regardless of what I had going on at work or socially. In week 9, I went to Joshua Tree with friends and did less mileage than usual, but when I came home and went for a 30 mile run at 5 PM, it felt right (not easy, but right, like the balance of energy in my body was what it should be).

I also feel like I have gotten more efficient while struggling during tough parts of runs. I noticed one day that I was clicking off sub 7 minute pace near the end of a long run even though it felt like I was just plodding along. I associate this feeling with races I've had where I've been in pain and reeled other runners in or put time on them. It's not glamorous, it doesn't look pretty, but somehow I'm in just as much pain as another runner but moving faster. It's akin to two drunks arguing, and neither one is making any sense, but one seems to barely be putting together slightly more coherent thoughts and winning the argument. I think this is the gritty part of 100 milers where no one is running brilliant, but someone just has a little better "death run form." 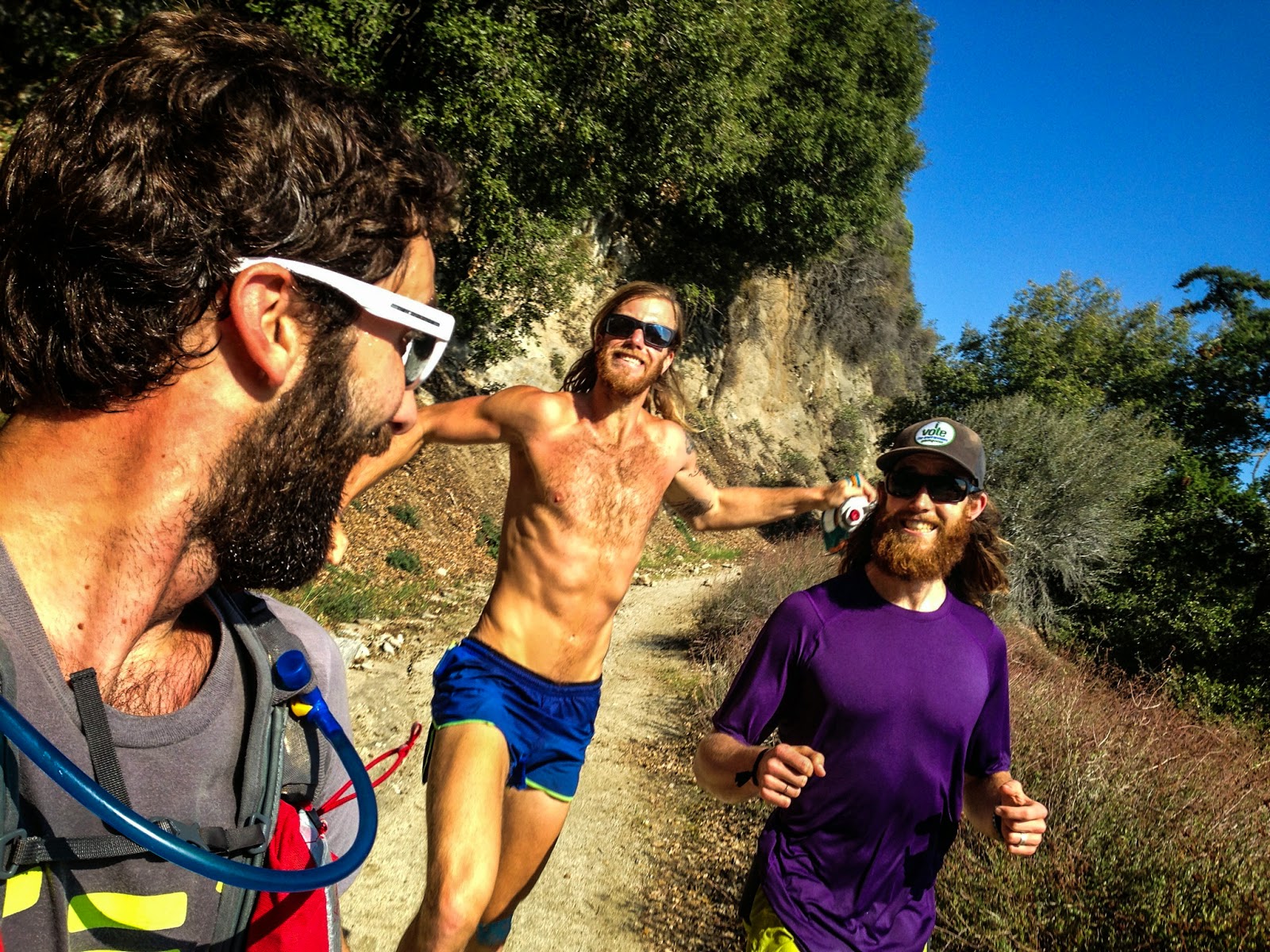 -Not feeling good, but running 6 minute pace and taking selfies

The 3rd thing I noticed the most, is how my hormones have held steady levels better than before. Work, traveling, distractions, traffic, and everyday stresses have not defeated my energy levels as they normally have. I might be missing some glycogen in my brain from sleep deprivation and my legs might be sore, but my adrenal glands still fire up and respond after a few miles and a quickened pace. It's a big x-factor: how many hormones can your body secrete to keep you in a race when everyone else is lagging. The consist build through December and January likely contributed to this success.

I'd be lying by omission if I didn't talk about the hardships. As encouraging as it felt to see improvement, I did feel the limits of different body parts straining. Because I had a decent amount of steep and technical terrain mixed in, I felt on and off nagging pain in my achilles, knees, and shoulders. I did various stretching and strengthening to keep things on track, and I noticed I stick to my yoga and core work to keep my body together. 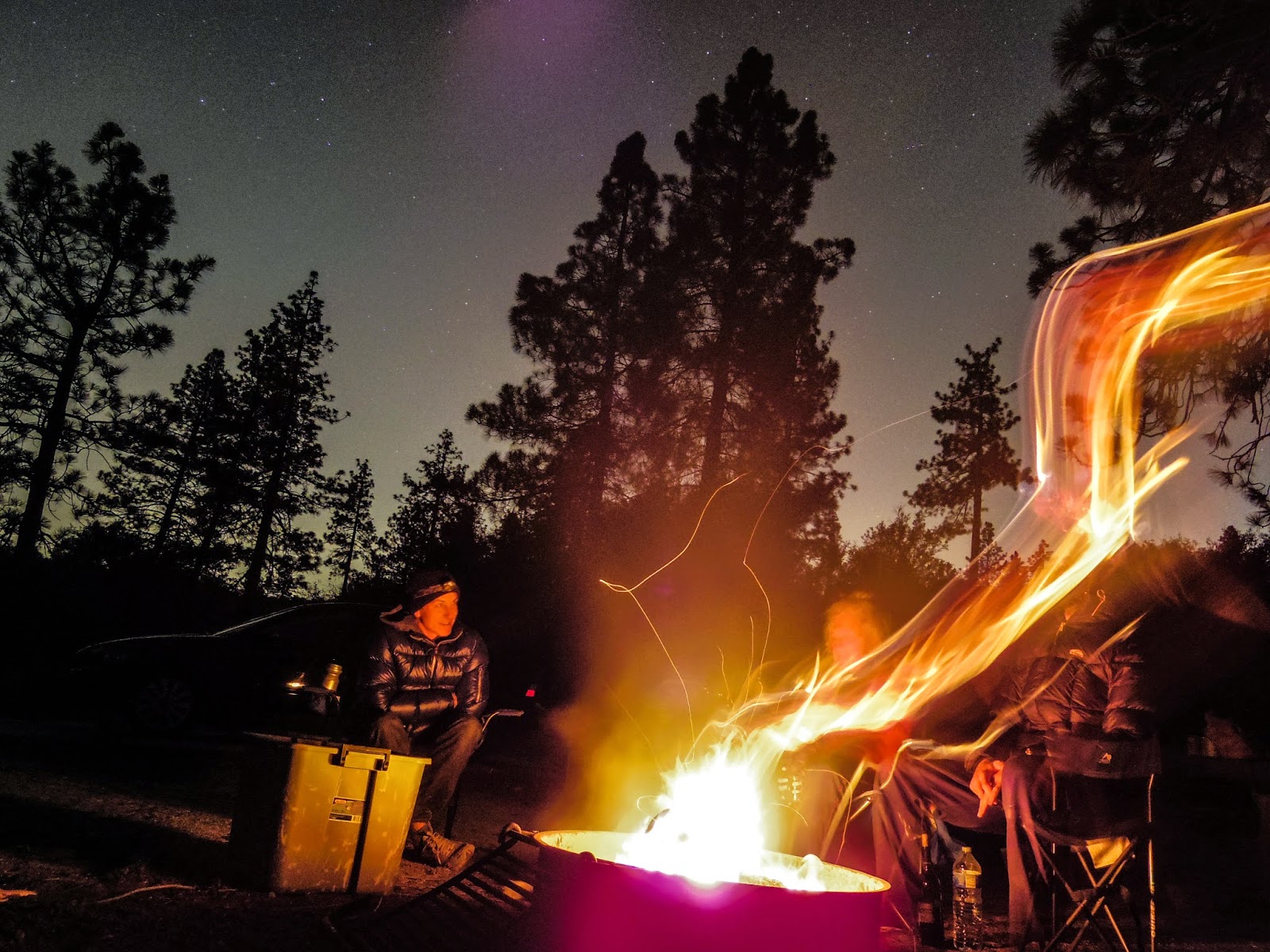 -Relaxing even though I'm behind schedule

It was not psychologically easy to put my shoes on and get extra miles in during inopportune times. In my head, I had some really hard mental workouts trying to avoid problem counting, and focusing on the good things that were happening. It's something I preach, but it always is easier said than done. Last night, I went out for my final 6 miles and I had far more reasons to go to bed. My calves were sore, my stomach was revolting against the Mexican food occupying it, the streets had speeding cars with blinding headlights that grazed my beard hairs, I had no endorphins flowing because the run was so short, and I had to go poop. There literally was nothing good about this run, but I made up things like "I'm flying, 8 minute pace feels like 11 minute pace!" or "I think there's less cars, is there a curfew in Santa Monica?" or "a tiny part of my stomach doesn't hurt". This was probably one of my best mental workouts I'd done in a long time.

All in all, I'm glad that I stuck to it. It did get a little easier as it went on, and I'm feeling really good about my last training block in May. I appreciate the empowering feeling and physical benefit of lots of good, hard miles and I feel ready to handle more of them. This combo of increased speed and distance gives me the most rational optimism for my summer goals.

Posted by Dominic Grossman at 11:01 PM

Great work brother! Thanks for putting this together.

Hi Dom !
Awesome work ! Did you take any days off in this 10 weeks period? You were still doing some speedwork once a week right?

I'm curious...what's next? Are you planning to follow a standard Lydiard-style period--tuning up and upping the workout load from here on out?

I'm interested like Guy Love, in what the plan is now, given that there is still 7-8 weeks till WS100. Do you recover from the Blarney a bit and then put in some specificity or just keep on trucking till Early June? Thanks for sharing and good luck this summer!

I'm flattered someone 'stole' my 'Full Blarney' phrase. O'Brien gave us four weeks of training at a time and I was once nearly brought to tears at the FAX machine when I saw my upcoming month was to break 150 MPW for a couple weeks. I was soooo tireeeed. Just for fun, here's an actual Team Blarney four week schedule for you: https://www.facebook.com/photo.php?fbid=1026233335587&set=pb.1217881012.-2207520000.1398189970.&type=3&theater IMHO High mileage and speed work are like prescription medication: They are very potent but you can get hurt by self-prescribing. We were lucky to have a professional to get us strong while keeping us uninjured. Enjoy!

Max, I actually did take a couple days off and they made it easier to double the next day when I really needed the rest

Guy/David I plan to keep the Lydiard structure, but just do more weeks above 120 in may

Good to hear from you Bruce, you guys had great discipline back then. I know the risks of this training and listen to my body every mile. I'm approaching 10,000 hours of running and the expertise is slowly starting to come to me. I'm excited to follow in your footsteps