A friend asked me the other day what I think about when I'm running. In my usual enginerd fashion, I answered it depends on where I am, how I'm feeling, what I'm looking forward to and such. 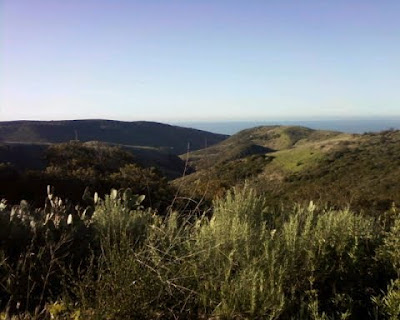 -Typical Crystal Cove during the week

My weekday runs during the winter are often at night, and though Crystal Cove is a decently scenic place, in the dark it's pretty bland. Running in bland environments is pretty tough if you have nothing exciting to think about. Yet, I always seem to have something on my mind.

Last year I was so focused on Angeles Crest and running as fast as possible, I didn't run-dream about whatever floated into my mind, but rather whatever helped to fuel my competitive ambition. This year, I don't expect to have much of a shot of running under 24 hours on the Hardrock course. Running the 13 round trip out of Bear Canyon in 3 hours is a bit tough, and doing it the estimated 8 times in a row is even tougher to fathom. It's got a bit more climbing per mile than Hardrock, but it's not as high so I think it's a decent estimate for pace. With that, my goal is more around 28 hours if nothing goes horribly wrong (but who knows, I only seem to be getting faster each week at Baldy).

So, my run-dreams are more about the sheer beauty of steep mountain running. If I were to rank my frequency of run-dreams, it'd be a close three way tie between: 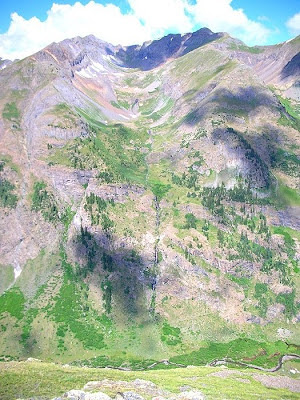 -Klaus's picture across Cunningham Gulch, looking up to the right at Little Giant Peak

1) Hardrock Course
I have visualized my dream race, death race, and many other variants in between a number of times. Sometimes the distinct pain and exhaustion are felt if my run is going particularly rough, but mostly it's the amazing feeling of reaching the top of a climb and looking for miles through the clear air at the previous and next stretches of trail. Being signed up for the race has served as a huge source of daily inspiration (and distraction comparing Klaus's photos with my topographical map). 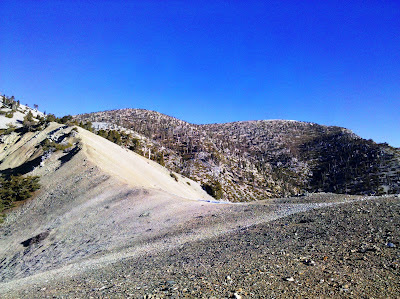 2) Mt. Baldy Trail (Bear Canyon)
I have grown the most as a mountain runner on this trail. It's gone from terrifying gigantic challenge to an inspiration for me to work hard on weekdays to making me act like a English Setter realizing a bird is within a 1/4 mile. I ran 28mi and climbed 8k the day before, and still was felt incredibly excited when I started up the trail this Sunday. I was tight and sore, but I still took 8 minutes of my PR to lower it to 1:56. When I'm in the middle of the climb, I'm half cursing my legs for not being stronger, and half loving the challenge that is shaping me into a mountain runner that sees the mountain as a playground. It's pure ecstasy. 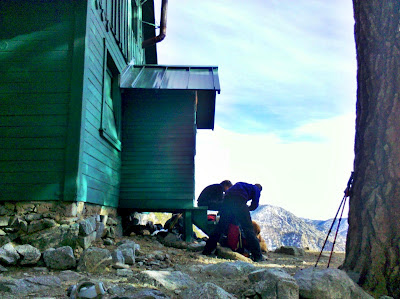 3) Mountain Life
Perhaps the most perfect answer to all my run-dreams is to simply live in the mountains. I'm not sure when I'll live in a mountain town, but the idealized vision of beautiful days and good living is very alluring. There's something about mountain houses that make them seem more simplified. I don't actually know if they get less junk mail, or people keep them cleaner because they don't buy so much needless things like peopole in the city, but I feel like they're healthy places to live.

Sat
28mi, 5:45, 8000ft - Eaton-Wilson-Sturdevant, repeated 1000ft to let Katie catch up, rolled ankle at the bottom of Sturdevant and hobbled over Zion. Pretty frustrated, but iced the ankle in Winter Creek for a bit. Eventually swelling went down, and power hiked up winter creek, and was forced to run through a hailstorm at the top in nothing but a Capilene and split shorts. Finished, and gorged on In-N-Out

Hard to pick just one favorite song off this record. They're really solid indie rock.
Posted by Dominic Grossman at 12:15 PM

Ha! A one-legged Dominic is still a better runner than me!

Definitely dream about mountain life as well. For me it'd be returning to mountain living... the world is your oyster. Make it happen!

Ankles are weird things.. Indestructible and then fragile all in the same run.

Chris, every single run up Bear Canyon is oh so tantalizing. I could be really happy nestled into the canyon walls there, using cables to hoist up supplies.. ahhh the life!

I'm curious: You mentioned, a few posts ago, that you were feeling pretty dialed in with your nutrition. Is that still the case? With volume and vert like this, good food should fuel some good gains.

I think I've definitely craved more clean carbs. I don't think I've had anything high fiber in a while, just 4-5 boxes of pasta a week, chicken, spinach, cucumber, hummus, flatbread, udo's oil, cookies, orange juice, a few burgers.. I think I'm most concerned about always having carbs in me for the next run, and recovering with some protein and electrolytes. Also, PowerGels and PowerBars ironman electrolyte/carb drink mix go down really smooth and help a lot during hard runs.

Do ever dream that you're running and you stop to pee, then you wake up to a wet bed? Me neither... Just asking.