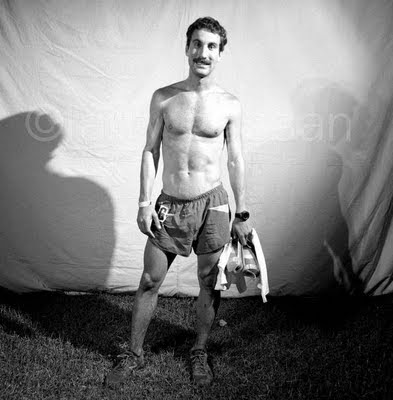 It’s come up on two weeks now, and it seems like my body is starting to show some real signs of fire again, which is a bit better than what I expected. Going into the race, I knew that my legs weren’t exactly legendary compared to the amount of mileage that other top runners handled in training, but I thought they did enough quality and enough climbing to hang tough through the race. Throughout the race they performed as long as they were fueled (about 60 miles) and the ramifications of the race thereafter were mostly good. No significant joint problems occurred, and the Monday after I jogged a mile easy (not to be a tough guy, but to make sure that they were healing well and that nothing was getting too tight). Then I gave them two days off, and ran seven miles on Thursday pretty well. I felt great during the run and ran my normal pace, but felt a lot more sore than normal after, so I took another two days off.

Judging from my metabolism and general energy levels after the race, I think my body was mostly devoted to a full bore recovery process. I’d go to bed with a full stomach and wake up refreshed but starving for more food. By the time Sunday rolled around, everything felt much better, and I ran 17mi/3600ft on the Mt. Disappointment course (Redbox, Westfork, Newcomb, Shortcut) relaxed and strong without any soreness afterwards.

I was talking to a friend about getting in shape again and I realized that I really like this whole process of being broken down, recovering, healing, and coming back stronger. Hard work is always apart of my training, but when that results in some substantial improvements each week, it’s a little more invigorating to measure the progress. This week I’ve run every day and felt better every day. Tomorrow Jorge and I will really get back in the saddle running the Mt. Wilson Trail which is famous for a few steep and technical singletrack pitches.

The Bulldog 50k will be 3 weeks from now. I don’t think I’ll be in perfect shape, but I think I’ll be ready to run a little faster than I did a couple years ago when I ran 3:59. For those that have never been to Malibu Creek, the course is about raw power.

There’s the Bulldog Motorway climb that’s done twice and features a solid 1.5 mi 1300ft pitch, then there’s the rolling ridge with some steep little climbs, and the blazing fast fireroad downhill that takes a lot of strength just to stay in control. Finally, the last “bump” on each loop takes a bit of focus to motor through and keep the foot speed up. Neither Jorge or I really train for this specific type of race, since it’s relatively “a sprint” for us to try to run 7:30 pace for 30 miles over 7,500 ft of climbing. However, we’re pretty adventurous guys and know that this type of racing is important for 50 and 100 milers that we want to do, so it comes as another challenge that will bring the best out of us.

My mind really is wandering more towards bagging some of the local peaks and exploring a bit more. Recently before AC we did some steep stuff on the north side of Baldy and had a blast glissading (more or less) in the snow. Next weekend I want to go out to Mt. San Gorgonio and run the 13mi/6,000 climb up the Momyer trail to the summit at 11,500 (and fly back down). Also, I really am interested in the Cactus to Clouds climb up San Jacinto, and trying to make a run at putting down a FKT later this fall.
Cactus to Clouds
FKT 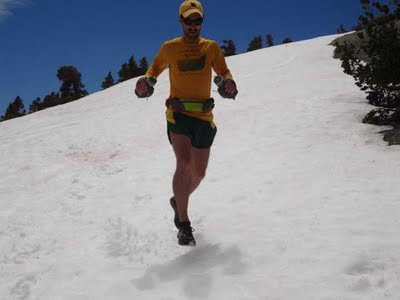 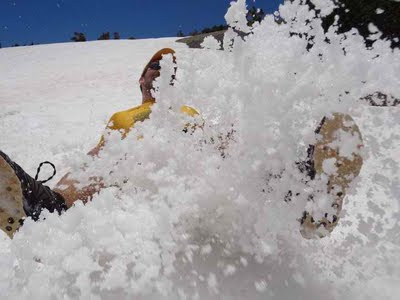 Mountain running just for the sheer joy of it seems more appetizing that racing right now, but after Bulldog, I will be considering a trip up to Oregon for Pine to Palm. I'll basically be weighing that choice based on the impact of my preparations for the badly scheduled North Face 50 in December. Many ultra runners have agreed that the race is really at a terrible time of the year for most ultra runners that are burnt out from the summer. The majority of us peak in the summer when there's more sun and peaks clear to race than we know what to do with.. You can't blame a unicorn for being a unicorn, can you?


Jared Campbell's ascent up Mt. Olympus pretty much sums up my day dreams these days..

Posted by Dominic Grossman at 10:05 PM

Nice pic of glissading/getting corn snow in your corn hole.

Yeah man, I recommend it, quite refreshing! You running bulldog 50k?

Okay, that was totally bad ass. I heard he was good on the technical stuff but that was ridiculous.