The calendar is showing a showdown in Squaw coming up in a few days, and I really almost forgot to post something about the race as I've been pretty deep in my own training.

Western States is the real deal as far as the most competitive race in the states. Take any performance at any other race: the amount of effort put out by the winner of a non-WS race still won't surpass what it'll take to hoist up the Cougar in Auburn June 26th. It flat out is one of the most relentless (15 hour) competitions on the planet that puts the best runners in vulnerable positions. For one day, they have all have a good chance of doing something they aren't used to: losing. No one in the field this year is guaranteed anything. There are favorites, but everyone of them will have to dig deeper than ever to pull it off.

At any rate, that's simply my opinion, and by no means the absolute truth. UTMB will be another epic showdown and I'll probably be asserting similar claims for that race in a few months.

The big 6 with a shot of winning it are: Geoff Roes, Killian Jornet, Hal Koerner, Nick Clark, Dave Mackey, and Mike Wolfe. 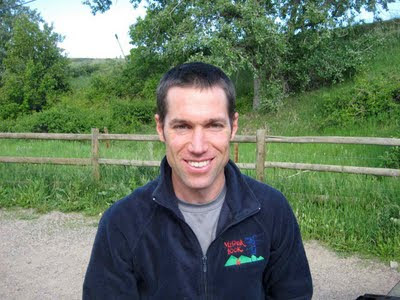 Dave Mackey has the pedigree many runners dream of, road speed, climbing speed, downhill speed, and a ton of guts to go all out in the last 10% of a race. If anything, his durability in the heat is questionable, but there are ways to accommodate this: increased fluid uptake (30-40oz per hour), stronger electrolytes (saltstick, or mixing in coconut water), and some daily sauna time in training. If he is in decent shape and still with the lead pack at No Hands Bridge expect a kick like no one has ever seen. If anyone knows about this, it's Hal and Mike Wolfe who watched him drop the hammer at Miwok a few weeks ago.
I think he'll be leading the chase pack behind the front 3, and have to work hard through the heat to secure a strong finish (4th to 6th). 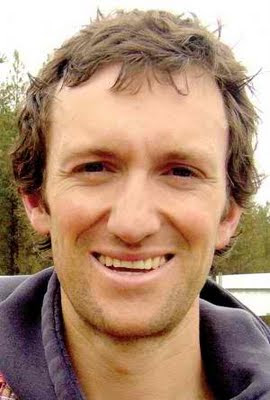 Mike Wolfe is one of the dark horses that is going to be turning heads at aid stations. Though he's a sponsored TNF athlete with some great times at Bighorn 100, TRT 100, as well as a win at Way to Cool and 2nd at Miwok, the media spotlight hasn't seemed to notice him as much.. Or maybe they couldn't track him down in Montana for an interview.. At any rate, Mike is definitely dialed in this year, and running with confidence and conviction. Expect him to be in the lead pack for the first 30-40, and then come out of the dog fight over the last 40 finishing either 4th, or 5th. 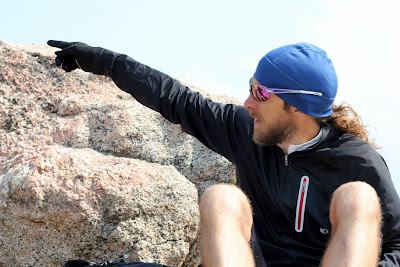 Nick Clark is flat out one of the most competitive guys in one of the most competitive races ever, so he should feel right at home all day. He's so competitive that last year he actually yelled at his and Killian's pacer to leave so he and Kilian could have a proper mano v. mano go at it.. and he nearly beat him except for surging too hard too soon before the finish. Nick's trained hard this year putting down more mileage and vertical than ever preparing himself to stay with the lead pack throughout the day. I predict he'll be in the lead pack for longer this year, but his ability to finish strong will be dependent on how much he red-lines early on with the lead pack, so I see maybe 5th-6th place showing or maybe still a 2nd or 3rd. 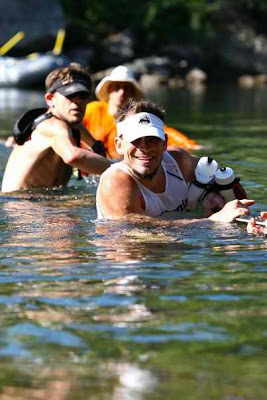 Hal Koerner is "just the toughest mofo ever" -Jenn Shelton. With a continually broadening pedigree of climbing toughness (Colorado youth), speed (RR100), iron stomach (beer mile time of sub 6:10), Hal is starting to look like a broader (and I don't just mean broader shoulders) version of Geoff. I almost think of Hal as a favorite if the course included a rope swing, 6-pack chug, and a rock climbing section (I don't even know if he likes 2 of those 3 things, but I feel like he would find a way to excel in all 3). Hal won't beat Geoff and Killian in 50k or 50 miler with pristine trails and conditions, but he will find ways to brush off Western State's intense heat, eradicate pacing amongst the leaders, and the fueling quandaries that challenge others. Though Hal relegated himself to a few strong 2nd and 3rd place showings this spring, expect nothing but the best out of him if he's within a few minutes of the leaders in the last 20. Expect to see him track the leaders like a seasoned bloodhound for the first 40-50 miles (maybe 30 seconds off them), and then calculate a tactical position to stay within striking distance of whoever he thinks is really going to win from Forresthill to the finish. He won't chase down a deranged Killian surge, but he won't let him go too easily if Killian actually looks good. I foresee anything between 1st and 3rd. 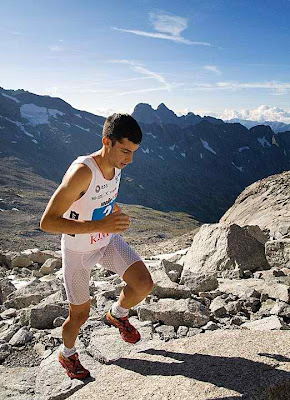 Kilian Jornet is the favorite based on pure talent. No one climbs as effortlessly as him, flies downhill as fast as him, and no one can run 6:00 miles in 4th gear like him. The question everyone will ask is whether team Salomon will keep him fueled well enough. I feel for Killian's predicament as he is so advanced, that he has no mentor to go off of. He has Dr.'s, trainers, coaches, managers, teammates and the like, but none know what to say to him because no one really knows if he actually is fine or on the verge of acute renal failure. I think the best thing Killian can do is think about banking as much water and food as possible early in the race so that he can run free and strong later without bonking. I see Killian setting a strong pace throughout 40, slowing a bit in the heat, but still pushing the pace all the way to Auburn until Geoff catches him. (1st or 2nd) 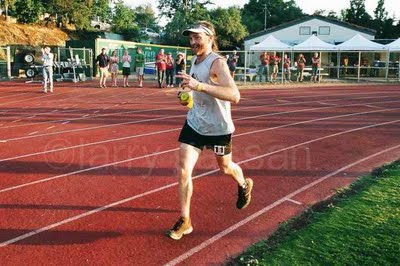 Geoff Roes is the favorite based on the reality of the race's demands. Speed, quick reactions to terrain changes, durability, and shrewd tactics are what the race is about and how Geoff operates everyday. There is no doubt in my mind that if Killian makes 2-3 significant mistakes, Geoff will win by a good 20 minutes. However if Killian is flawless in his race management, Geoff might have to push much further outside his standard racing intensity and possibly unlock a sub 15 hour time or blow up like never before. The entire mystery of these two and their fate from Forresthill is sure to be something for the ages. (1st or 2nd)

Wow, talking about these guys makes my off week of 97 miles/16k seem pretty silly. I needed it after a few good back to back to back good weeks, but this week is already back on track to help support a good final surge 5 weeks out from AC. Onward!


"Live those Days Tonight" by Friendly Fires from the new album, Pala
Posted by Dominic Grossman at 11:11 PM

good to meet you at Islip past saturday morning. Great blog you got goin here.

Thanks, nice meeting you too. It takes a little time to work out those perfect puns, but if it entertains and informs well enough, it's worth it.

Goeff is a great runner but only Anton can blow up with Killian. How ever I really like Luttit the under dog. He ran 2:20 Marathons and just retired from the canadian team. He has a lot of speed!!!